For some time already I’m struggling to get a really good 20mm lens for my Sony A7. “OK, and so you buy an old Vivitar 20mm? What are you thinking?” Yeah, I know, just took a gamble with this one. It appeared on eBay, I set a maximum bid of some 50 euros on Auctionsniper and forgot about it. Lo and behold, I won it for 25 euros!

It’s made by Kiron, the serial number starting by 22 gives it away. The filter thread size is 82mm so it’s not exactly a compact lens. It focusses quite close, something like 15cm and as a consequence the maximum reproduction ratio is a nice 1:3.5 or so. Usual mugshots here.

This morning it arrived from Austria and I almost immediately set out to test it. Problem! This one is in Canon FD mount and none of my 3 adapters would mount on the lens, not even the Novoflex one. There was a small protruding pin somewhere in the mount that prevented that; I say was because I have removed the pin in the meantime. I couldn’t imagine it would have any function when mounting the lens on an adapter so I started pinching, scraping and filing until the remains of the pin were flush with the rest of the mount. Gave the eBay seller his positive feedback, returning would be somewhat out of the question now, wouldn’t it? The yellow arrow points at the location where once a pin existed.

And finally it’s ready to mount on the Sony A7 and answer the burning question: is it any good?The total scene, taken at f/8 tripod-mounted. 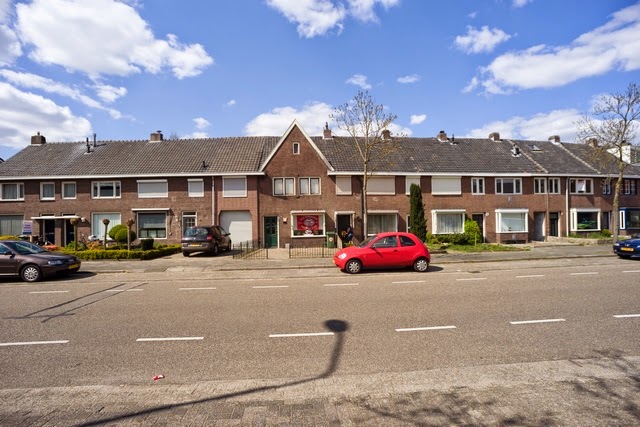 And here are the crops from center and right edge. 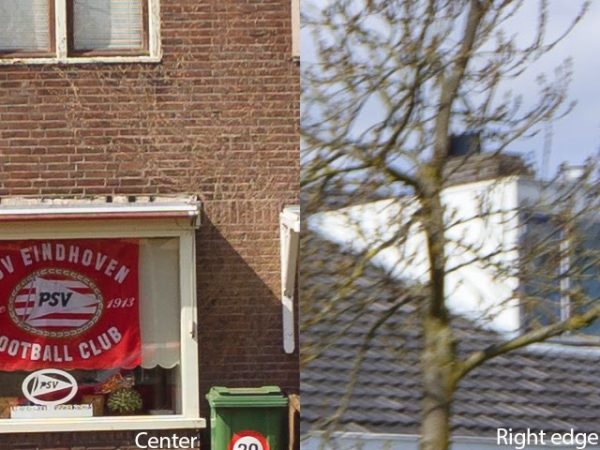 And there you have it. I’d say center sharpness is adequate but edge sharpness is simply bad. I must say that the picture as a whole has a nice tonal range and light fall-off isn’t an issue at this aperture. It looks like there’s a lot of distortion but the road is curved. Other test shots do not show it to an extreme degree, I guess a suitable profile for Lightroom will iron it out like it does for most of my other wide-angle lenses, but I don’t think I’ll go through the trouble of making one.

This certainly will not become my 20mm landscape lens, edge and corner sharpness is simply not there, end of story. You can make up your own mind with the whole series of full-size test pictures. These are all made with doing landscapes/cityscapes in mind because that’s my main application for a 20mm lens.

That brings me to the following results from my quest for a suitable 20mm or 21mm lens.

The next step would be to break the 500 euros barrier and try lenses like the Sigma 20mm 1:1.8 or the Leica Super-Angulon R 21mm 1:4; I’m not considering rangefinder lenses because of color casts and smeared corners. Of course there’s the universally praised Zeiss 21mm 1:2.8 in Nikon or Canon mount, well north of 1000 euros. Not gonna happen, for that kind of money I’m going to get me a native Sony FE 16-35mm and be done with legacy wide-angles, just like my FE 70-200mm put a whole drawer of legacy telephoto lenses out of business.